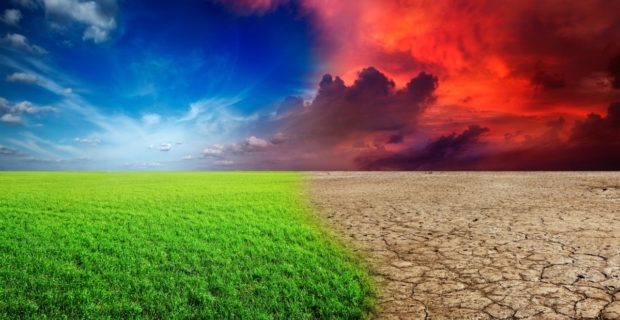 In February 2019 I became a Councillor by countback after the resignation of Ali Cupper who became our Independent member of the Victorian Government. I have loved the opportunity to advocate on behalf of our community on big issues such as gender equality, water management and climate change. On 26th February 2020, Mildura Rural City Council passed a motion I put forward, with the support of Councillor Jason Modica, declaring a Climate Change Emergency and I couldn’t be prouder to be part of a group who demonstrate such leadership by advocating for the well-being of our community and passing the motion. Below is the actual motion followed by my opening speech.

Additionally the Reserve Bank of Australia, the Australian Prudential Regulation Authority and the Australian Securities and Investment Commission citied risks posed by climate change as a central concern for the economy and financial stability. Councils are at legal risk if they do not take ‘reasonable precautions against reasonably foreseeable risk’ and address the climate change emergency. Unless we reduce emissions the Victorian Government and CSIRO Mallee Climate Projections (2019) state that by 2050 the climate of Mildura could be more like the current climate of Menindee with 15 more days per annum of above 40°C.

As a Council we must show leadership and work with our community to build resilience, explore adaption and mitigation measures, reduce carbon emissions and identify opportunities such as renewable energy systems, funding to retrofit municipal buildings and carbon capturing and sequestering. While the Council has been active in responding to the impacts of climate change for many years, there is still much that could be done to join the global response to the impact of climate change.

That Mildura Rural City Council declare we are in a state of climate change emergency requiring urgent action by all levels of government and makes the following recommendations:

The idea of man-made climate change has appeared unimaginable and so far off, with constant questioning of the science and denial motivated by vested interests, but now it is starting to hit the hip pocket with economic and financial markets raising the alarm. As has been said “Even the most impassioned eco warrior has nothing on a homeowner facing negative equity.”

According to the Insurance Australia Group ‘Climate change is on track to make the world uninsurable, and if we don’t rapidly reduce greenhouse emissions, by 2030 about 1 in 19 properties could have effectively unaffordable insurance premiums’ because they are situated in high risk areas – rising sea levels causing coastal inundation, increase in frequency and intensity of extreme weather events (including storms, heatwaves, droughts and wind shear), with consequent disruption to economies, reduction in value assets and increased liabilities.

A councillor I spoke to considered the word ‘emergency’ to be too emotional. When I think of the world I’m leaving my grandchildren and all these children I do have ‘intense feelings’ – but the definition of the word ‘emergency’ refers to a serious, dangerous situation, which requires immediate action. By opting to ride out the current situation in the hope that things will snap back, runs the risk of missing crucial windows to address these challenges and identify unique opportunities for our community to play a leading role in the transition away from carbon based economies.

Even Pope Francis has said, “The climate emergency is a “challenge of civilisation” requiring sweeping changes to economic systems, but political leaders have not done enough.”

The Reserve Bank says that “institutions may also face reputational damage if they are seen to be contributing to climate change or failing to manage climate risks.” The Centre for Policy Development have updated their landmark 2016 legal opinion finding that directors who do not properly manage climate risk could be held liable for breaching their legal duty of due care and diligence.

We have been warned, this is foreseeable risk and we have a legal and moral responsibility to our constituents to take action.

The second recommendation signals that we are not paying lip service or creating reports for regulatory reasons – we are making a serious commitment to walking the walk, talking the talk and to leadership by getting our own house in order first.

The last recommendation personifies true leadership, not ego and ambition, but empowerment of people. By admitting that climate change is real and urgent action required, we then take the next step to consult with our community. Giving them the best information around reducing emissions, regeneration, new opportunities – in short, empowering them to own and activate a plan around mitigation and adaptation.

Yesterday I had a revealing experience with members of the Irymple Progress Association when this motion came up. I explained that if we could just move on from the debate about whether it’s real or not, which causes anxiety and division, we could begin to explore the possibilities. When I explained how the major source of carbon emissions in our municipality  – we emit almost one million tonnes a year – came from electricity 50% and transport 25%, the conversation was enlivened as they spoke of opportunities – such as completing the bicycle track then encouraging people to ride rather than drive. A final comment was “you’ve made it so clear” or “I didn’t really understand before.” It is our responsibility as leaders to understand and explain the risks, move on and engage our community in the opportunities.

We stand to gain considerably from the climate change situation. According to Economist, Ross Garnaut, Councils who work towards a low carbon economy stand to receive substantial economic growth through renewable energy systems between now and 2050.

We previously demonstrated leadership with the motion I presented calling on a Royal Commission into water management, leading to the Municipal Association of Victoria (all 79 councils) passing the motion and now the decision, that we started, will go to the Australian Local Government Association’s National General Assembly in a few months. Already 29 Councils around Victoria have declared a Climate Change Emergency. Will we join them?

The Global Risk Report lists the main barrier to addressing climate change will be “domestic political polarisation.” To that end I have spoken to as many of you as possible to ensure this motion is clear and palatable and to that end I ask that you don’t quibble over words, split hairs over semantics, and in the interest of freedom of speech and healthy debate, I request that you don’t table the motion for the future – the future is now.

Before we go to debate, I want you to think about your children, and if you have them, grandchildren or even great grandchildren, even all these children here.

Now project 30 years from now when we’ll all be much older, maybe not even here, how will the world be for them? If we have not taken action, not made tough decisions when we had the chance, is Mildura still living up to its vision to be “the most liveable, people-friendly community in Australia.”

When you walk out of here tonight think about these children, our future, and ask yourself. Did I do the right thing? Was I brave or did I succumb to fear? Was I responsible or did I expose us to risk? Was I part of the solution or the problem?  Will I be on the right side of history?